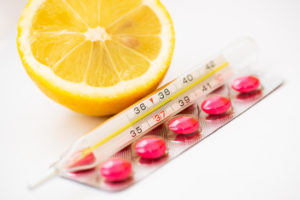 There is an increased risk of complications in a multiple pregnancy. However, most result in the birth of perfectly healthy babies. Some of the complications that may occur are twin-to-twin transfusion syndrome (TTTS), pre-eclampsia, hydramnios, bleeding, poor growth of one or more babies and premature birth.

In 80% of twin pregnancies there are two sacs and two placentas. In the remaining 20% (or about two-thirds of identical twins) each twin has their own sac but they share the same placenta (monochorionic). Monochorionic twins are higher risk and will be more closely monitored. About a third of monochorionic twin pregnancies will develop a condition called twin-to-twin transfusion syndrome (TTTS). This occurs when there is an imbalance in the flow of blood across the placenta, with blood flowing from one twin (the donor) to the other (the recipient). In half the cases the condition is mild to moderate and will require no treatment. The pregnancy will be monitored very closely, with scans every 1-2 weeks, and delivery is usually undertaken between 32 and 34 weeks.

In the other half – about 15% of all monochorionic twins – severe TTTS develops, and both babies are at very high risk. The donor twin suffers from restricted growth and it tries to compensate for the blood loss by stopping urine production. This leads to a severe decrease in amniotic fluid and the baby can become ‘stuck’. The lack of oxygen and blood mean the donor twin is at high risk of death or handicap. The recipient twin produces more urine to try to compensate for the extra blood it receives. This leads to an increase in the amniotic fluid known as polyhydramnios. The recipient twin is at high risk of heart failure.

Without any treatment both babies are at serious risk – in over 90% of cases both babies will die, and those that survive have a high risk of handicap.

Once it is confirmed that twins are monochorionic, the pregnancy will be closely monitored with scans approximately every two weeks. TTTS is most likely to develop between 16 and 22 weeks of pregnancy. Generally the only outward sign is that the mother will notice a sudden increase in the size of her bump, as a result of the polyhydramnios.

The treatment consists of foetal keyhole surgery using a laser to block the blood vessels in the placenta which connect the circulation of the twins. First of all a detailed ultrasound examination is used to choose the best site of entry in the mother’s abdominal wall. A tiny (2mm) camera is inserted into the uterus, into the sac of the recipient twin. With the aid of this camera and the view by ultrasound, the surgeon locates the blood vessels which are causing the problem and then uses the laser to block these off. This effectively stops the flow of blood from the donor twin to the recipient twin.

For more information, check out http://www.monoamniotictwinsireland.ie/

Pre-eclampsia (also called toxaemia) is a dangerous form of high blood pressure. It can occur any time after twenty weeks  after is more common in multiple pregnancies and first time mothers. Fluid retention is a symptom of pre-eclampsia, however swollen hands and feet are common in most pregnancies toward the final few weeks.

Hydramnios is excess amniotic fluid around the baby. It can be very uncomfortable for the woman and can make it difficult for the doctor or midwife to feel the baby. Some of the excess fluid can be drained off to make the mother more comfortable, however, there is some risk that this will trigger premature labour.

Vaginal bleeding is more common in women expecting multiples. Many women will have a light bleed when the fertilised eggs implant into the wall of the women and this may be heavier with multiples. This usually occurs in the first two weeks of pregnancy, around the time your period would be due.

Bleeding in later pregnancy may be caused by placenta praevia (where the placenta lies low in the womb often covering the cervix) as this is also more common in multiple pregnancies. Bleeding during pregnancy comes from the walls of the womb and not the babies. Many women bleed throughout their pregnancy and deliver healthy babies, however, it is important to contact your doctor if you experience any bleeding.

Poor Growth of One or More Babies

Often, one or more babies will not grow as well as their sibling(s). This is also referred to as intrauterine growth restriction (IUGR) or small for dates. The babies growth will be monitored at regular ultrasounds and recorded on centile charts, which show the position of your babies weight against the average weight of a baby at that gestational age. A baby whose weight is below the 5th centile for growth at that gestational age is considered to be suffering from growth restriction (Regan 2005). Babies with IUGR may need to be delivered early, if they have reached a viable age and the doctor feels that the baby would do better in the outside world rather than in utero.

Premature birth may be caused by spontaneous labour, or as a result of another complication requiring delivery, such as pre-eclampsia or bleeding.

Another condition that can arise in multiples due to the presence of more than one baby in the womb as well as singleton is Placiocephagly.

Placiocephagly is defined as a condition in which pressure is exerted on the skull of a baby resulting in the flattening of theat portion of the skull. It can also be refered to as ‘flat head syndrome’. For more information on the condition please follow the link http://www.rotunda.ie/pdf/PL_Pcephaly.pdf  to the Rotunda Hospital’s information sheet on this condition.

Tummy time is the one of the recommended aid for Placiocephagly as well as an essential part of everyday playtime for babies to help in their development. It has become even more essential since the introduction of ‘back to sleep’ in the 1970s which has significantly reduced cotdeath in infants. For more information and tips on tummy time please follow this link http://www.iscp.ie/images/stories/leaflets/tummy_time_web.pdf to the Irish Society of Chartered Physiotherapists information sheet for tummy time with your baby.