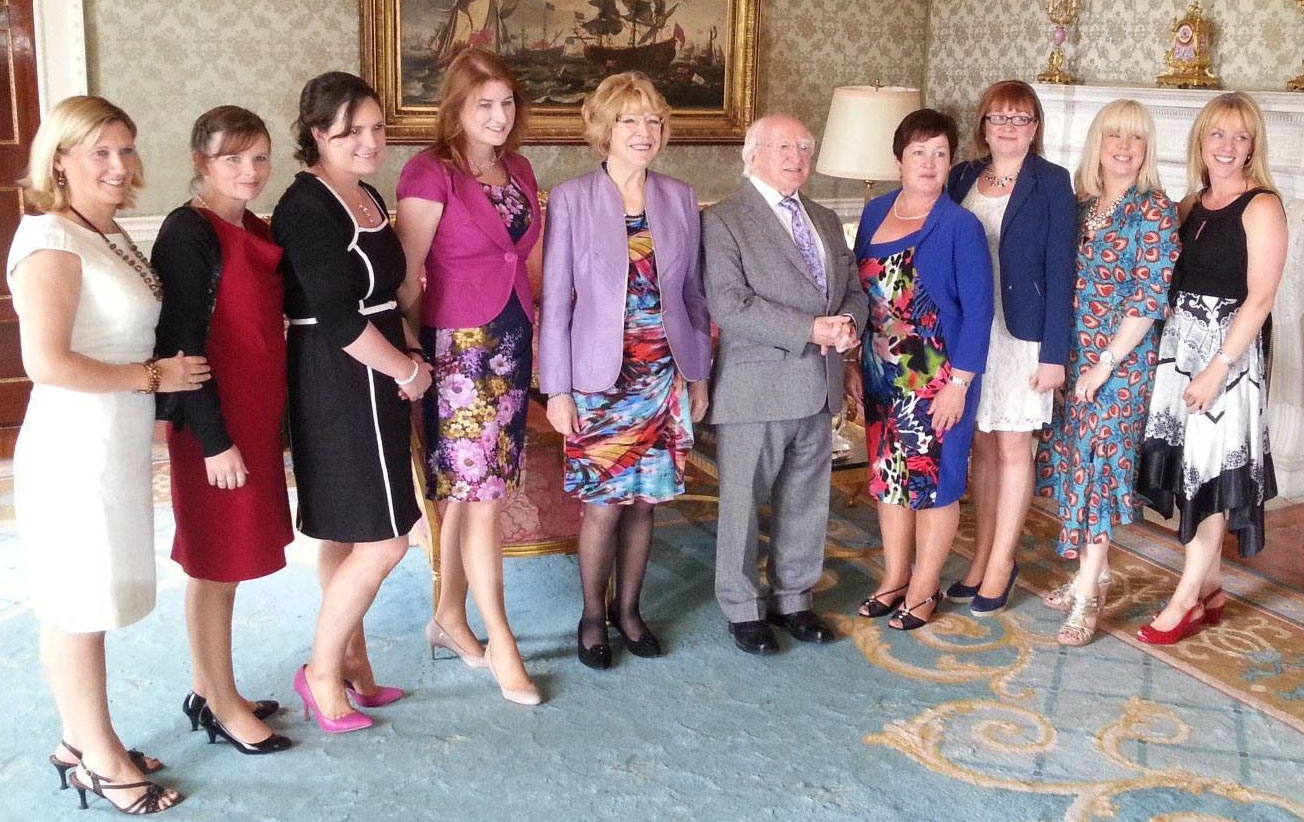 Question: What do the following past or present Presidents have in common:
George Bush, Mary McAleese, Michael D. Higgins?

Answer: They are all parents of twins.

On the 11th of November 2011, Michael D. Higgins was inaugurated as the ninth president of Ireland. He took over from Mary McAleese who had been in office for 14 years. IMBA was very fortunate to have Mrs. McAleese as our Patron but when her term in office was concluding she also took the decision to step down as our patron. We were very privileged to have had such a high profile person as our patron and we began to put our heads together as to who might best fill such illustrious shoes.

Various members of the Irish public were considered, Cathy Kelly, Neven Maguire, Angie Benhaffaf etc. and also the merits of appealing to a younger audience were debated with figures such as Jedward considered. Then in a spark of inspiration (and possibly a little bit of west of Ireland bias ) we considered asking Michael D. Higgins if he would consider becoming the next patron.

We are delighted to let you all know that recently we were contacted by the President’s office to confirm that Uachtarán na hÉireann Michael D. Higgins would be delighted to be the Patron of IMBA. Once again IMBA will be honoured to have a sitting President as our Patron and we would like to take this opportunity to express our gratitude for the fantastic honour. The President is the father of 4 children, Alice Mary, twins John and Michael Jnr and Daniel so we feel he is very well qualified for the role of our Patron!

The role of Patron is one primarily as a figurehead but we are currently working with the President’s Office to see if we can arrange a photo opportunity with the committee and with a lot of planning and even more luck, we may someday be able to have Uachtarán Higgins address an IMBA event and share his experience as a parent of twins (fingers crossed).

On Tuesday 2nd July 2013 the IMBA committee were honoured to be invited to meet President Higgins at an event held for a number of the voluntary groups to whom he is patron.