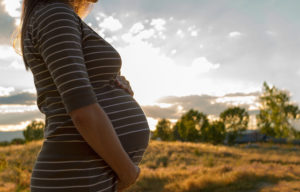 A multiple pregnancy will put more pressure on your joints which may cause discomfort and backache towards the third trimester. The large size of the uterus can lead to shortness of breath, abdominal discomfort, piles and varicose veins. Your digestive system will also be under more pressure and there is an increased chance of suffering from heartburn. This is caused by relaxation of the muscles throughout the digestive system which may also cause constipation.

Anaemia, in particular iron-deficiency anaemia, is more common in multiple pregnancies. From the second trimester onwards, regular blood tests are often taken to check haemoglobin levels. Many women are slightly anaemic before they conceive so it is important to eat iron-rich foods before, during and after a multiple pregnancy. Your doctor may also prescribe you iron supplements.

It is common for pregnant women, in particular women expecting multiples, to feel faint when lying down due to the pressure of the uterus. Most women will find it more comfortable to lie on their side. This may be necessary for scans and any ither procedures requiring a pregnant woman to lie down for a considerable amount of time.